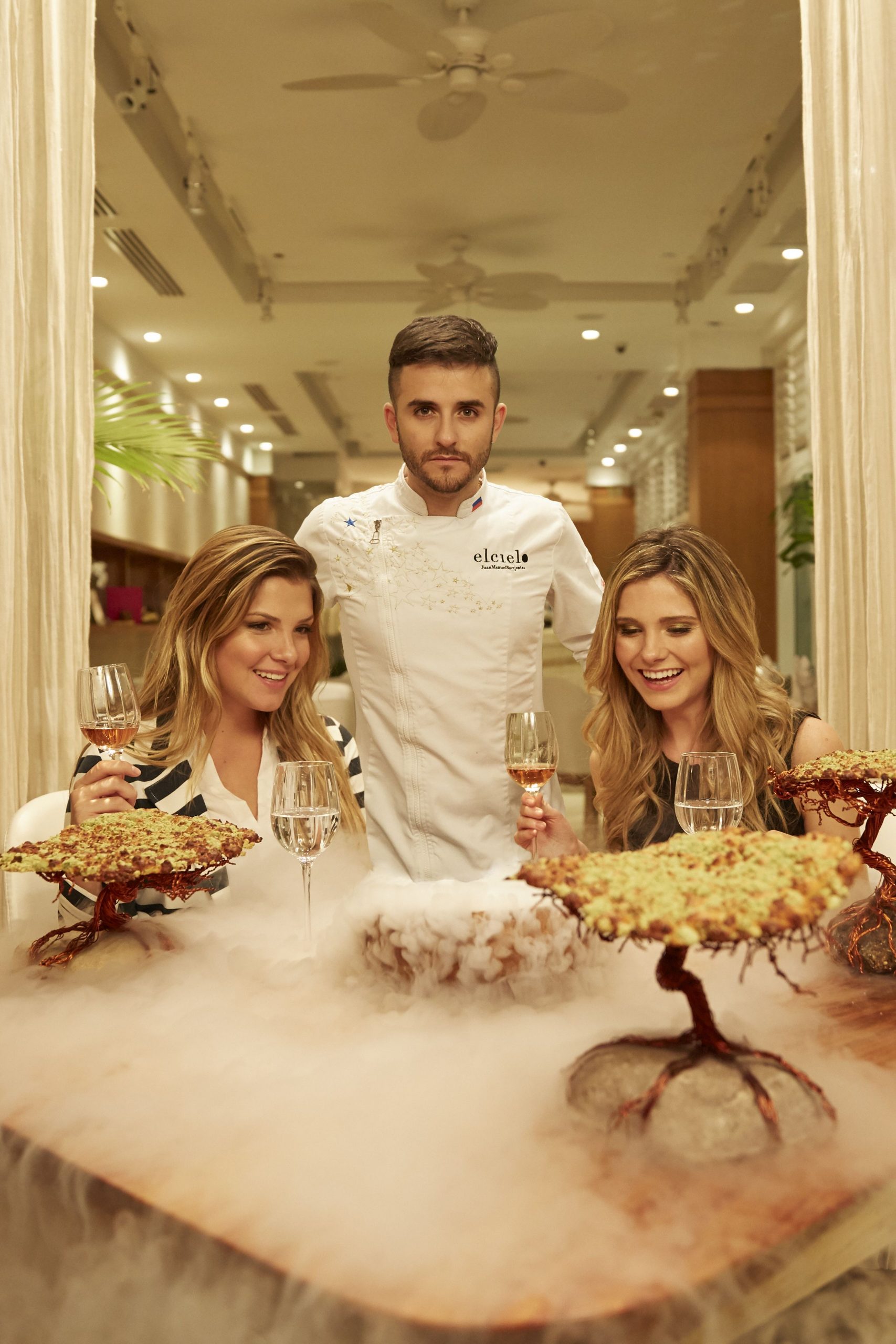 Elcielo Miami and Chef Juan Manuel Barrientos Valencia, just announced that Elcielo’s Miami location was awarded the first-ever Michelin Star in Florida, in great company with 14 other exceptional establishments. Just last year, Chef Juanma’s other Elcielo location in Washington DC made history by obtaining the first star for a Colombian restaurant abroad and was just repeatedly awarded for its second year in a row a Michelin Star last month for that same location. Combining a variety of sensory experiences with one-of-a-kind flavors and textures, Chef Juanma, has revolutionized traditional Colombian cuisine by combining his avant-garde cooking techniques with his passion for neurosciences. Having trained under world-renowned chefs including Spain’s Juan Mari Arzak, Juanma combines classical training with modern techniques, resulting in a dining experience that is in a league of its own in Miami.

This is Chef Juanma’s second Michelin Star this year

On Thursday, June 9, Michelin Guide, the world’s most important and prestigious French rating guide founded in 1900 (nearly 122 years ago), for the first time ever announced its selection for awards in Florida, specifically focusing on the Miami, Orlando, and Tampa region, making it a recognized global culinary hotspot.

“This is a huge deal and honor not only for our restaurant group, but the city of Miami, as Michelin typically only reviews dining rooms in cities like Paris, New York, and Singapore, which are renowned for their refined culinary scene; but now Miami is finally getting recognized as an important food scene as the city continues to flourish with international tourists and residents alike,” says Chef Juanma. “I think South Florida’s burgeoning culinary movement with visionary chefs and restaurateurs alike, is a true reflection of the elevated direction this city is going in from tech to finance, designer retail shops, restaurants, and more. We are no longer considered just a place to party, but being taken more seriously as a desirable destination to live, work, dine and play,” he adds.

Located at 31 SE 5th Street, Elcielo overlooks the Miami River at the confluence of downtown Miami and Brickell, creating a one-of-a-kind dining atmosphere. A stunning open kitchen greets diners as they enter Elcielo (translated from Spanish as ‘Heaven’); offering a chance to see an international team creating Barrientos’ unique vision. Elcielo’s menu changes every season with innovative new dishes that are a tribute to Colombian cuisine. THE EXPERIENCE, a 21-course artful menu boasts surprising sensory moments throughout the course of the night. It is priced at $197 per person and is served in the restaurant’s great hall section. The bar also features many of its signature and innovative Colombian cocktails.

Elcielo Miami is located at 31 SE 5th St, in Brickell. For reservations, please book via OpenTable, or visit www.elcielorestaurant.com.