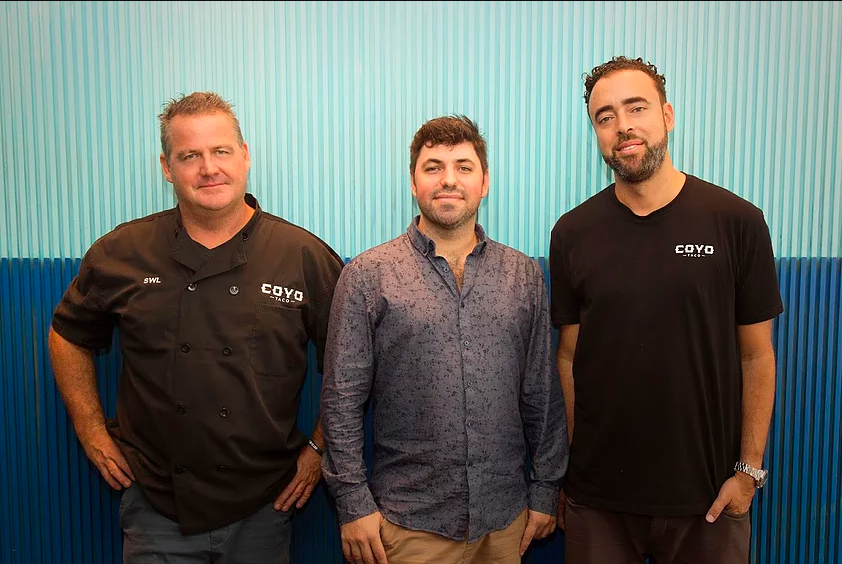 COYO Taco is pleased to announce the opening of its second location in the heart of Miami’s burgeoning Brickell neighborhood. The trendy Mexican taqueria will be located on the ground floor of a residential building, Axis Brickell, bringing locals and visitors alike, a fresh new option for delicious Mexican fare in a casual atmosphere. Slated to open early May, the new Brickell location boasts a larger restaurant space, with 74 seats inside, and an additional 74 seats outside. Founders Alan Drummond, Sven Vogtland and Executive Chef/Partner Scott Linquist will oversee the project from operations and culinary standpoint, ensuring that the product, vibe, and overall experience maintain the standards that COYO aficionados have come to know and love in the Wynwood location. “This is the heart of the financial district and is attached to so many different cultures. It’s a bustling, hot neighborhood and the right fit for COYO,” says partner Alan Drummond, originally from Mexico City’s Coyoacan district, known as the Bohemian hub of Mexico.

The menu at the Brickell outpost will be similar to the one at COYO Wynwood. “We’re going to start with our current menu and add some items from the Shore Club pop-up, like the grouper taco and the lobster taco,” says Linquist.  The menu will still feature signature items such as the popular carnitas de pato, and quinoa tacos for vegetarians, but will add an exclusive and traditionally Mexican sandwich item known as “Tortas” as well as reinvent COYO’s signature octopus tacos. “We were just in Peru doing a pop-up, and we did a lot of food tasting. I’m going to do a crispy octopus with an ají Amarillo aioli,” says Linquist. “We’ll also have some more new and exciting stuff that we’re adding to the menu.”

With partner Sven Vogtland’s direction, music will be prevalent in the new location. Streaming live from the Wynwood location Monday through Saturday nights, COYO Bickell will give guests the same high-energy experience they have grown accustomed to in the Wynwood speakeasy lounge. Sounds from COYO’s popular parties such as “Murk Mondays” with Oscar G and Tuesday’s “Rum & Bass” featuring Major Lazer’s Walshy Fire and friends, will stream throughout the night, recreating the high-energy vibe that COYO is known for. Partner Sven Vogtland says the bar menu will start out with beer and wine. “We want to focus on great local beers and Mexican classics. We’ll also do micheladas and sangrias,” says Vogtland

COYO Taco in Brickell is slated to open early May and will be located at 1111 SW 1st Ave, Miami, FL 33130. The restaurant will be open seven days a week, with daily hours of operation from 11 am-11 pm from Sunday to Thursday and 11 am-3 am Friday and Saturday. 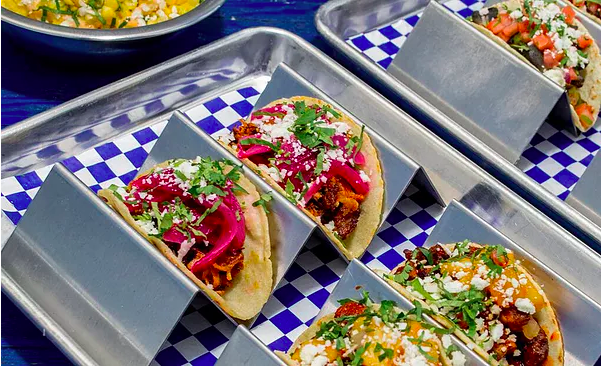