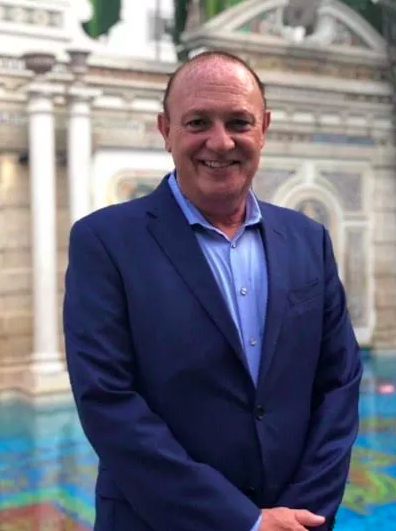 Joseph Day brings nearly 30 years of hospitality experience to his new position as General Manager at Gianni’s, the restaurant at the Villa Casa Casuarina, formerly known as the Versace Mansion. A Miami hospitality veteran with a proven track record in exceptional restaurant operation, Day is tasked with handling all dining operations at The Villa Casa Casuarina, overseeing Gianni’s, as well as the famed property’s star-studded soirées and private events; working with recently appointed Executive Chef Valter Mancini to customize menus for a variety of occasions. In his new role, Day continues to showcase his outstanding ability to manage multiple operations with a level of creativity and a keen eye for detail; providing world-class service and enhancing the overall dining experience.

Day has been overseeing operations in Miami’s most coveted dining destinations for more than two decades, since relocating from DC in 1998.  His first Miami stint was at Yuca, the first four-star Cuban restaurant in the United States.  In 2000, he moved onto a general manager position at South Beach’s celebrity-studded Touch; concurrently consulting on Jimmy’z at the Forge, an upscale night club located within the legendary Miami Beach dining destination. Ultimately, he was tapped by Forge owner Shareef Malnik to oversee operations for the entire restaurant’s operation. From 2002-2017, Day oversaw the facility’s expansion; in addition to Jimmy’z, he helped open the Cuba Club, Miami Beach’s first private humidor club and Café Nostalgia, the only live Latin themed nightclub in Miami Beach at the time.  He assisted in the opening of The East Room, a multimillion-dollar private dining facility and opened Glass, the nightclub that replaced Jimmy’z. All the while, he contributed to The Forge’s pre-eminence in Miami Beach; shepherding countless VIP experiences and private dinners for heads of state, movie stars, and rock stars; a role he will certainly continue to play at the equally star-centric former Versace Mansion. Day is a graduate of Buffalo State University where he received a degree in Hotel and Restaurant Management.

Congratulations Joseph on your new position at Casa Casuarina!

The Ocean Grill at the Setai, Miami Beach Heats up with Summer Prix-Fixe Menu