With locations around the world in cities including Paris, Tokyo, and New York, the South Florida outpost of Chef Joël Robuchon’s groundbreaking concept, L’Atelier de Joël Robuchon, is now open to the public since Wednesday, August 28, 2019. The highly anticipated restaurant will offer diners modern French cuisine served at a signature 34-seat dining counter that faces directly into the open kitchen, allowing for a dynamic interaction between the chefs and guests, and convivial fine dining experience.

Culinary Director Christophe Bellanca, a longtime protégé of Chef Robuchon, will oversee the Miami restaurant from New York. Chef de Cuisine Nancy Dominguez—who worked within the Robuchon group for six years at his Michelin starred restaurants in Las Vegas, and with Bellanca for several months prior to opening to align their visions—will helm the L’Atelier Miami kitchen locally. Deleon Pinto, Director of Operations for Joël Robuchon USA, will oversee training of the Front-of-House L’Atelier team to ensure the restaurant’s distinct style of service is consistent with the other properties around the world.

“At L’Atelier, the most significant way we pay tribute to Chef Robuchon is by upholding his exceptionally high standards and mentoring the next generation of cooks,” says Bellanca. “Even as we create new dishes, we adhere to his principles of cuisine—quality, restraint, and technique.”

The restaurant will be located on the second floor directly above Le Jardinier, a modern vegetable-driven restaurant created longtime Robuchon protégé, Culinary Director Alain Verzeroli, which opened on August 16, 2019. 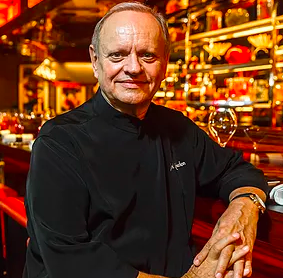