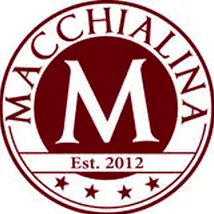 Miami’s favorite Italian eatery and it’s Brooklyn-based sister restaurant to host in-house pasta tournament in celebration of March Madness The Saint Austere in the Williamsburg area of Brooklyn and Macchialina on Miami Beach are two family-owned and operated sister restaurants with a unique passion for rustic Italian cuisine. Specializing in regionally diverse, homemade pasta from Tagliolini, Gemelli to Cavatelli, Lasagna and Raviolini, all dishes are “fatta in casa” as 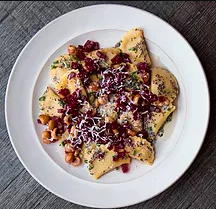 Executive Chef Mike Pirolo would say – meaning all pasta are made fresh, in-house every day. The Pirolos are known for practicing a time-honored tradition of not only crafting all of their pasta by hand but for using only the highest quality, locally sourced ingredients in imaginative ways that keep customers coming back. The SaintAustere started as a vision of the Pirolo family siblings Fabrizio, John, Jaqueline, and Mike and has been serving the Williamsburg neighborhood since 2011. The Pirolos wanted to open a casual restaurant with a focus on authentic Italian flavors, the freshest ingredients, and soulful preparations. Fast forward to the summer of 2012 when Macchialina was born. Located in the heart of South Beach’s residential west side community, Macchialina has quickly become a favorite Italian restaurant among critics, locals and in-the-know tourists, who flock to the neighborhood eatery to indulge in chef/owner Mike Pirolo’s comforting yet sophisticated Italian fare. 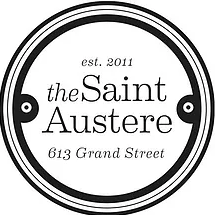 Though Macchialina and The Saint Austere might not be this year’s NCAA official pasta sponsor, The Pirolos and the all-star teams behind these pasta powerhouses will not be riding the bench during the 2018 March Madness tournament. “MACMADNESS is an ode to the two constants in my life: pasta and basketball,” says Chef Mike Pirolo.  “I first developed my love for basketball growing up as a kid in Queens watching the Heat in the Tim Hardaway days and 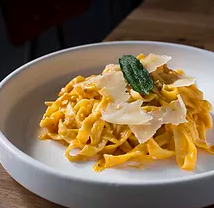 playing ball with the kids in my neighborhood – it’s been history ever since. I still play three-four times a week; the guys on the courts don’t call me “Crockpot” for nothing.” This year, Macchialina and The Saint Austere present their first-ever MACMADNESS pasta tournament; a three-week-long, bracketed competition featuring four brand new kinds of pasta handcrafted by James Beard Semifinalist, Chef Mike Pirolo. The rules are simple: two kinds of pasta will go head-to-head each week of the highly-anticipated March Madness college basketball tournament – the dish with the most orders by the end of each week will advance to the next round. The winning pasta will receive a permanent spot on the Macchialina and the Saint Austere pasta menu – a pretty big deal on this side of the Williamsburg Bridge.

Subject to change are the “Final Four” contending pasta that will include a Tagliatelle with lamb shank ragu; Butternut Squash Raviolini with taleggio, espellete, and sundried tomatoes; Agnolotti Dal Plin filled with roasted duck leg, vincotto and baby spinach and a Spaghetti Carbonara topped with guanciale, black pepper & pecorino.

Tip-off will be on Monday, March 12th at 6 PM and the champion pasta will be announced at both restaurants Monday, April 2nd.

Stiltsville Fish Bar Presents: In the Kitchen with Friends 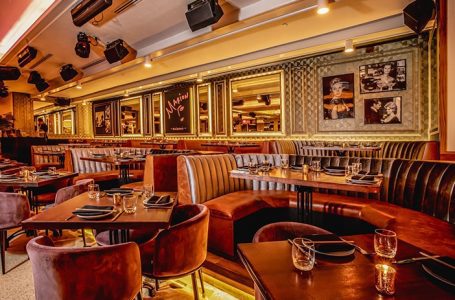