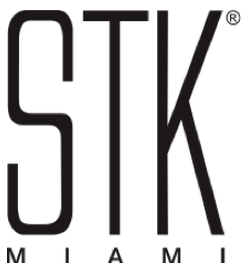 STK Miami, opening this summer at the ME Miami hotel in Downtown Miami, is pleased to announce Rafael Linares has been named the Executive Chef for the restaurant, which will offer daytime dining and extended late-night hours. Overseeing day-to-day kitchen operations at Miami’s favorite steakhouse, Linares, who has thrived in notable kitchens throughout Miami, offers a colorful culinary background to support his new role.

Originally from Cabo Rojo, Puerto Rico, Rafael Linares, is a seasoned chef with extensive experience in the culinary field. While working at an Argentinian restaurant at the age of 18, Linares realized cooking was his passion, leading him to pursue a culinary degree at the Instituto de Banca y Comercio. Following his graduation, Linares moved to Orlando, Florida, where he began his chef journey working as a prep cook at Villa de Flora, a fine dining Mediterranean restaurant in the esteemed Gaylord Palms Resort. During his time there, he worked his way up to line cook and eventually moved up to become a lead line cook.

In late 2006, Linares moved to Miami, Florida, igniting Linares’ passion for Caribbean cuisine. Upon his arrival, Linares was named PM Supervisor at the National Hotel’s French bistro, quickly moving up to Executive Sous Chef and Banquet Chef. Linares’ longstanding relationship with The ONE Group began in 2009 when he took an Executive Sous Chef position for the opening of the first STK restaurant in Miami at the Gansevoort Hotel. After three years, he was promoted to Executive Sous Chef for F&B throughout the hotel. As a result of his exceptional work in Miami, Linares was brought on board as an integral part of opening the seasonal rooftop at STK Downtown in New York City. During his time in the city, Linares also worked at other properties owned by The ONE Group, including STK Midtown, the upscale Italian Ristorante Asellina, and F&B venues for Gansevoort Park Avenue. His most recent position before being named Executive Chef of STK’s newest Miami location was Executive Sous Chef at STK Miami Beach.

STK has been a go-to for consumers around the world due to its unique blend of a modern steakhouse and a hip lounge, creating a one of a kind dining experience. The team looks forward to having Linares onboard in opening the second STK location in Miami and continuing his relationship with The ONE Group.

STK Miami, a vibe driven steakhouse with the ambiance of a sleek lounge, is planned to open this summer at the ME Miami hotel in the developing Downtown Miami steps away from some of the city’s cultural hotspots, including the Perez Art Museum Miami, the Adrianne Arsht Center, the highly anticipated Patricia and Phillip Frost Museum of Science, and the American Airlines Arena, home to the Miami Heat NBA team. The ONE Group has again tapped innovation and design studio ICRAVE to bring a fresh interpretation of its famed STK brand to this new location, which will blur the lines between fine dining and a social night out. The refreshed appearance of STK will offer an edgier experience, inspired by a new generation of diners. To stay up-to-date on information.

President Obama’s meal with CNN’s Anthony Bourdain will be featured in an upcoming segment of Bourdain’s “Parts Unknown.”

Give Dad The Royal Treatment At Fontainebleau Miami Beach

The Woodstock of Eating: Smorgasburg Miami Debuts in Wynwood