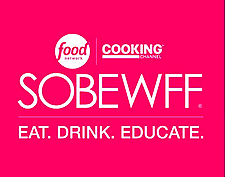 More than 65,000 passionate fans and hospitality industry leaders descended upon South Florida in February for the 16th annual Food Network & Cooking Channel South Beach Wine & Food Festival (SOBEWFF®), raising more than $2 million for the Chaplin School of Hospitality & Tourism Management at Florida International University (FIU).  Attendees enjoyed more than 90 events taking place throughout two counties with the continued growth of the Taste Fort Lauderdale Series, featuring more than 400 chefs, winemakers, spirits producers, and culinary personalities who joined them to EAT. DRINK. EDUCATE. during the five-day Festival.  To date, the Festival has raised more than $26 million for the School.

“We are appreciative to all of the passionate fans, partners and talent who joined us to EAT. DRINK. EDUCATE. for our Sweet 16 this year,” noted Festival founder and director Lee Brian Schrager, who serves as senior vice president, communications & corporate social responsibility for Southern Glazer’s Wine & Spirits. “It was an exciting year for the Festival, and the addition of more collaborations between food and culture really took center stage.”

This year’s festival featured an array of musical performances at its signature Miami Beach events to keep fans sipping, savoring and swaying in the sand all weekend.  One of Australia’s most popular rock bands, who has 10 top 20 songs on U.S. Billboard charts, Little River Band presented by Magic City Casino kicked off the festivities on Thursday, February 23 at Barilla’s Italian Bites on the Beach sponsored by HCP Media and the Miami Herald Media Company hosted by Valerie Bertinelli & Alex Guarnaschelli.  The beats continued in the Festival’s signature white tent in the sand beachside at Delano during BACARDÍ On The Beach on Saturday, February 25.  Rev Run and DJ Ruckus kept attendees dancing late into the evening while they sipped on signature libations and late-night bites from 20 of South Florida’s favorite spots.

Also on Saturday, February 25, Tanqueray brand ambassador Snoop Dogg took to the DJ stage immediately following his KitchenAid Culinary Demonstration with Guy Fieri – where fans were treated to an impromptu live rendition of his iconic song “Gin and Juice” – for a short spin on the ones and twos to close-out the day at the Goya Foods’ Grand Tasting Village featuring Mastercard Grand Tasting Tents.  The party continued at the event on Sunday, February 26 with the inaugural David Grutman Experience, transforming the courtyard into a custom-curated, all-day experience ideated by the hospitality visionary himself.  After taking a spin through the event to taste dishes from some of South Florida’s best chefs, internationally-renowned DJ INGROSSO delighted guests with his signature sounds as the highlight of the David Grutman Experience.  Closing out the beats and eats of every gourmand’s favorite weekend in the sand, the Festival collaborated with Menin Hospitality to bring guests to live entertainment and interactive games by Ricky’s at Lucky Chopsticks: An Asian Night Market hosted by Andrew Zimmern on Sunday, February 26.

Between SOBEWFF® and its sister NYCWFF, which takes place each October in New York City, more than $35 million has been raised to benefit the respective charities for each Festival.  Beyond the funds raised, both Festivals draw attention to the vibrant dining culture in their respective cities, provide economic stimulus in their communities, and serve as an invaluable platform to drive awareness, engaging and inspiring people to get involved in philanthropic activities.