Cancel Preloader
In the News Openings Over the Bridge Private Dining

New ownership, a new vision for the iconic concept; new location to open in Doral 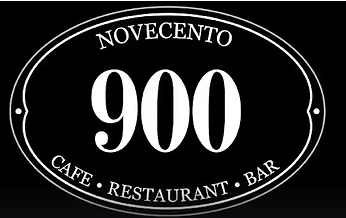 South Florida’s successful SuViche Hospitality Group has acquired a US-based Novecento brand and in tandem with that acquisition is announcing the opening of Novecento’s fourth location. That opening, slated for summer 2018 in Doral, will signal the arrival of a new Novecento, featuring an updated look and feel, a revitalized menu, and a new wine and bar program. The acquisition of Novecento set the stage for the new SuViche Hospitality Group to become a major player on the South Florida restaurant scene; with two new openings planned for 2018 and continued growth for both brands. With an emphasis on creating and operating innovative and differentiated concepts in the hospitality industry, the group has proven success with four SuViche openings in the last seven years; no easy feat for a homegrown concept that began its story with a 10-seat restaurant.

“We are very excited to bring Novecento into our portfolio and launch Novecento Doral. It’s an iconic and beloved brand, so our vision is not to redefine but to revitalize it. We think loyal fans will be happy with what we have in store and new guests will find much to love,” says SuViche Hospitality Group CEO Aliosha Stern.

Novecento first opened its doors in 1991 in New York’s SoHo neighborhood, where it quickly became a local hotspot. Following that success, the concept went international – opening locations in trendy Canitas, Argentina; a summer seasonal restaurant in gorgeous Punta Del Este, Uruguay; and a local favorite in Cordoba, Argentina. Novecento came to Miami in 2002 and established its brand in the burgeoning Miami Beach neighborhood; then moving to Brickell and expanding to Key Biscayne and Aventura.

Shortly after acquiring Novecento in July 2017, the team traveled to Buenos Aires and Mendoza to connect with the brand’s identity and gather inspiration. The goal: Innovate while staying true to the core elements that have made Novecento an international sensation for almost three decades. A full unveiling of the Doral menu is forthcoming, but an array of new variations alongside old favorites is promised. The team’s first mission was to focus on restructuring the back-end operations of the business. “Before making any guest-facing changes we first needed to understand and consolidate the ongoing day to day operations of the restaurants. The goal was to establish our best practices and integrate SuViche’s guiding principles and culture,” says CFO Andrei Stern. Taking a “less is more approach,” the second priority was to hone the menu, focus the offerings and enhance the flavor profiles. In addition to a menu-wide refresh, which will now include house-made pasta, many new dishes will be added in all categories. A la carte meats will be enhanced with a bevy of new side items and lighter items will be augmented, perfect for those who want to eat well while watching their waistline. The team will also debut a new, sure to impress cocktail menu featuring close to a dozen new libations. Additional details on the wine, beer, overall beverage program, and menu are forthcoming.

Saladino Design Studios has been tapped to bring the team’s vision to life – in a venue awash in rustic charm, featuring copper finishes and high-polished brass. Brick walls will frame the interior space offering guests old-world charm in an open and bustling space.

Novecento will be located at CityPlace Doral, 8300 NW 36th Street.