The popular chef achieved the Chefs’ Choice award, sponsored by Estrella Damm, which ranks him as the world’s best chef

Chef Joan Roca achieved the highest recognition for his culinary proposal after winning the Chefs’ Choice award sponsored by Estrella Damm, during The World’s 50 Best Restaurants, celebrated June 13 in New York. The event has become a reference in the world of gastronomy by bringing together a unique community of extraordinary culinary talent featuring restaurants from 23 countries spread across six continents. The World’s 50 Best Restaurants list provides an annual snapshot of the greatest gastronomic experiences across the globe.

Besides being one of the sponsors of the gala, Estrella Damm sponsored the Chefs’ Choice award, which honored Joan Roca as the world’s best chef. In addition to being ranked first in the World’s 50 Best Restaurants, the Chefs’ Choice award is one of the most important recognitions since the election is based on votes from other chefs on The World’s 50 Best Restaurants list. The award recognizes an individual who has gained the respect and admiration of his peers for his inspirational work and leadership in the industry.

By winning this award, Joan Roca accomplishes an extraordinary culinary career which started back in 1986 with the opening of his restaurant El Celler de Can Roca. As Head Chef, Joan Roca explores the traditional Mediterranian ingredients mixing them with extraordinary cooking methods, stimulating the human sense and bringing back memories to his guests either through a suggestive smell, a taste explosion or a visual trick. For all this, El Celler de Can Roca is considered one of the best restaurants in the world.

The restaurant, located in Girona, couldn’t ratify the first place achieved last year on The World’s 50 Best Restaurants and was ranked second this year. The Italian restaurant, Osteria Franscana, located in Modena, topped the list.

Commitment to the international gastronomy

Estrella Damm supported The 50 Best Awards for the second consecutive year strengthening the brand’s solid link to gastronomy. The event took place in New York for the first time where honored chefs from all around the world met during the celebration.

The iconic Cipriani Wall Street, located in Manhattan, held this glamorous gala for the international cuisine. Those restaurants with an innovative and unique culinary palette were awarded and included in a Top 50 ranking which is generally used as an annual barometer of the best gastronomic hideouts worldwide. To learn more about this amazing event please visit: www.theworlds50best.com

Estrella Damm was founded in Barcelona in 1876 as the first larger beer fully adapted to the Mediterranean climate because of its lighter and more refreshing recipe. To this day, Estrella Damm is brewed using the original 1876 recipe and only the best locally-grown Mediterranean ingredients: barley malt, rice, and hops, bearing in mind the time-consuming process required to achieve the body, color, and aroma of a premium quality beer. Estrella Damm, brewed with 100% natural ingredients, is an emblematic brand with a global presence in over 85 countries. 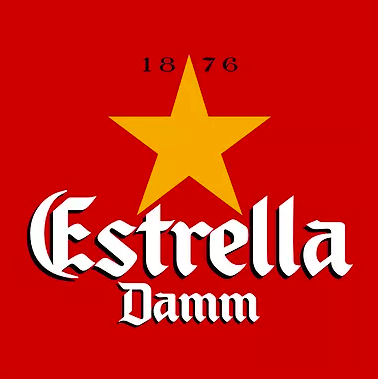